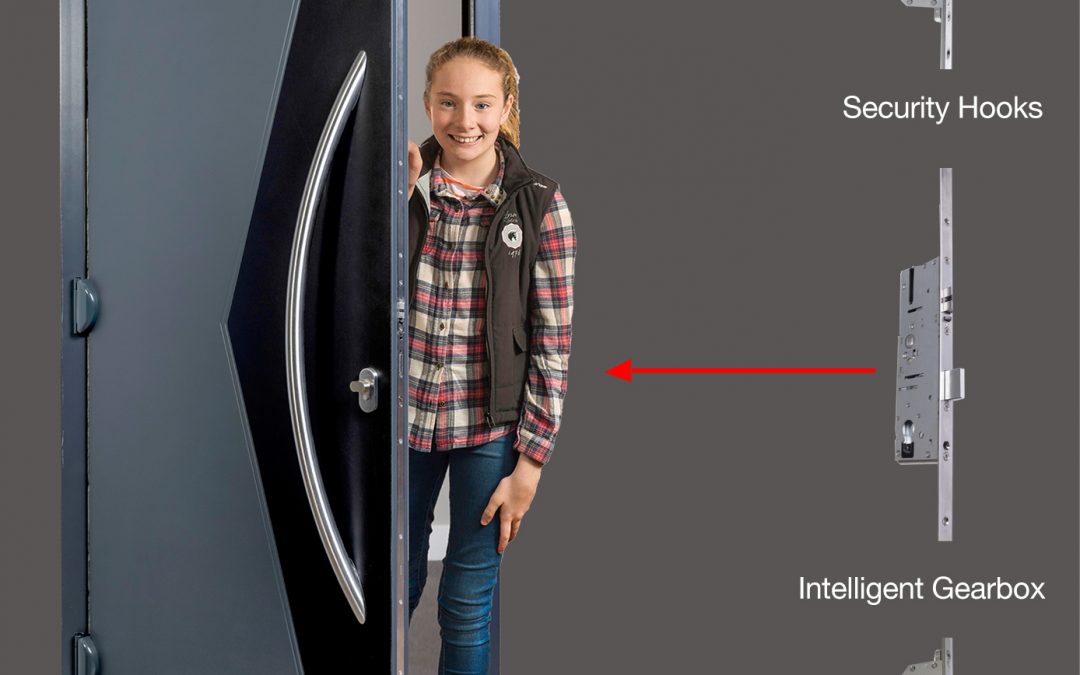 While the recent hot weather was a welcome benefit during the lockdown, it was probably a nightmare for installation companies, with endless complaints from customers due to bowing composite doors. They range from the door not closing properly, or very stiff, to not being able to open the door at all. A major problem highlighted was as the door bows, the hooks can bind against the keeps, making it difficult to unlock, and this issue is accentuated with the new pull latch systems. The normal remedy is to replace the door, but that does not solve the problem as it can re-occur during the next bout of hot weather. At Force 8 this issue is now consigned to the past with not a single door problem or issue in the past twelve months and during the recent hot weather.

“Having a fitting team based at our Stockport manufacturing facility gave us a distinct advantage over rival composite door manufacturers”, comments Dennis Sumner, managing director at Force 8. “Dealing with actual customers on the ground gave us a hands on insight to the issues and problems. We also identified that the darker coloured doors installed with a south facing aspect were the most affected, due to the extra heat absorption. This has become a major problem within the industry, plus Force 8 specialise in unique contemporary door designs and mostly rely on the pull latch system, which is particularly affected by the problem”.

Force 8 identified at an early stage of design with their new Decadence door range that this was not going to have a single answer, a magic bullet that would cure all ills. They looked at every component starting with the door slab; they needed to have the highest and most robust quality available and chose a reinforced slab, which offered the extra strength with value. They improved the quality of the hinges with a fully adjustable system, making sure that the door could be properly aligned during installation. “The major problem was the locking system, we had to completely rethink how this would work. As the normal central latch helped to pull the door into line in the middle, the answer in the end was quite simple, a three latch system, top, middle and bottom”, comment Dennis.

The three latch system (Surefire Auto Lock) made a considerable difference combined with the reinforced slab and hinge system, but Force 8 wanted to combat the root of the bowing. At the heart of the problem is the heat build up and the temperature difference, from the outside to the inside. “As we were developing our new two-tone colour range, which we spray in-house along with the frames, we decided to formulate a new heat resistant paint”, continues Dennis. “This was the final piece in the jigsaw, which to date, combined with the other components has cured the bowing problems we incurred. With our installation team on the ground reporting directly back to us, plus other installation companies, even the popular grey doors facing south have had no issues. In addition we have recently achieved PAS 24 on our full range of doors, which includes our arched and stable doors”.

The cost saving can be immense, no more time wasted with fitting teams endlessly returning to problem doors, or even replacing doors at the company’s own expense, which is just replacing the door with the same problem. “It’s with bitter experience we have encountered most of these issues, and it’s been trial and error finding the solutions, but our new doors are a dream compared with the old systems, and I am extremely pleased with the results as are our customers”, comments Dennis.

The new unique Decadence ranges is fully equipped with the new systems, and are only available from Force 8.